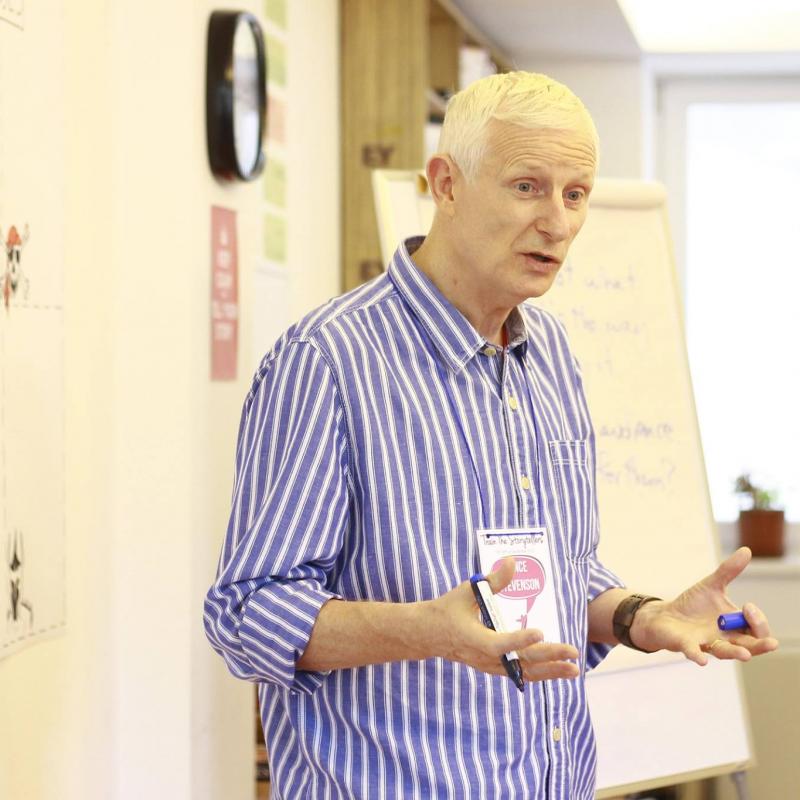 Vince is a well-known speaker/trainer and has won several awards for leadership, education and development. He is a founder of the College of Public Speaking London and works as Education Director managing all aspects of course delivery and content. Vince is also one of the UK's leading speech coaches. He has worked with leaders across the spectrum of politics, industry, finance as well as featuring primarily in a humanitarian role.

Vince is an avid learner and in recent years has accomplished many certificates in Learning and Communication Science with the University of California, San Diego, the University of Amsterdam, and Instructional Design with the Institute of Adult Learning, Singapore.

Vince is a qualified teacher/trainer and over the last fifteen years, his enthusiastic membership of several voluntary organisations has helped to raise the awareness and standards of effective communication. He is the trusted adviser behind the College's outstanding 'pro bono' service to the Third Sector.

In recent years Vince delivered sessions for the Civil Service in Mauritius, various programs at Insead International Business School near Paris and at the Asia Foundation, Save the Children and BRAC, the world's largest NGO in Bangladesh. He has assisted the development of the TEDx Storytelling project in Bucharest and Sibiu. He was a guest speaker at LSE, UCL, KCL and SOAS as well as the University of Malta. He is a regular contributor at St Mungo`s Recovery College, Changing Faces and Medecins Sans Frontieres. In recent years he has been the guest keynote speaker at the Chartered Institute of Management Accounts Executive Academy, keynote speaker at Royal Bank of Scotland, London, keynote speaker at the Women's Fabian Society at the House of Commons, London and the Zajel Peace Project, Nablus, Palestine. He's also been a judge at the world final of the English Speaking Union's junior competition. He has recently committed his efforts to a team of academics from Canterbury University reviewing the use and misuse of rhetoric in modern politics.

Vince has worked with NGOs, politicians, civil servants and many companies on speech writing over the last 12 years. In October 2017, he wrote the inaugural speeches for the directors of Louvre Abu Dhabi, a £1 billion museum venture.

Vince is also a specialist in vocal development techniques and runs regular workshops. He loves helping people overcome their fear of public speaking and is the facilitator for the College of Public Speaking's groundbreaking Fear of Public Speaking Retreat. He also coaches groups and individuals in achieving excellent interview results.

The College of Public Speaking promotes its inclusivity, diversity and equality methodology.