We all like stories. We always have done since the beginning of language. We tell and receive stories all the time and everywhere – on social media, on TV, in films, plays and books, on bus 2 whether they are accounts of your day, a memorable encounter you had at work or a reminiscence of something. Being yourself is one of the secrets to becoming a good storyteller. The more natural you are, the more likely it is that people will connect with you and your story. If they connect, they will listen. Think back to Stephen Fry reading Harry Potter. And you have to think more about your audience than anything else.

Every storytelling exercise should begin by asking: who’s my audience and what is the real message I want to share with the people in that audience? You must, therefore, define the core moral or overall lesson that you’re trying to ‘sell’. For instance, if your team is behaving as if failure is not an option, you might decide to impart the message that failure is actually the grandfather of success. Or if you’re trying to convince senior leaders to take a risk by supporting your project or ideas, you could use the platform that most companies are built on taking calculated risks and then give examples.

First settle on your ultimate message though; then you can work out the best way to illustrate it. Your voice counts too - not your accent - but how enjoyable your voice is to listen to. Your ability to speak in others’ voices to differentiate the characters in your story. If we’re watching you tell a story then body language, facial expressions and hand movements are important. They all make a difference as does understanding and adapting to the non-verbal cues from your audience, like laughter, chatter or silence.

Good storytelling is also about the structure of your story. It has to include the setting, the main character (the hero, heroine, the protagonist, the product, the team or, say, the organisation), the plot (the events that unfold — the arc of what happens), the conflict (the obstacles or problems the characters encounter on the way and hopefully overcome), the resolution of the conflict — what’s been learned and the outcome.

The best storytellers look at their life experiences for ways to illustrate their messages. It’s a tactic of top stand-up comedians, politicians and journalists as well as religious leaders and teachers. It’s what business executives should do. What events in your life make you believe in the idea you’re trying to share? Think of a moment in which your own failures led to success in your career or a lesson that you learned, how and why. Any of these things can be interesting emotional entry points to a story.

Don’t show off. The ‘it’s all about me’ approach rarely works. You’re the observer or participant of what you’re telling. Highlight a struggle. A story without a challenge lacks interest. A story needs conflict. Is there a competitor or target that needs a resolution? Is there a market that needs your product? A market challenge that needs to be overcome? A long and winding road of bringing a new product to market? Is there a person with whom something wouldn’t or would have happened?

Anecdotes that illustrate overcoming struggle, failure and barriers are what make a storyteller real. And don’t be afraid to suggest that the road ahead has obstacles. We actually like to be told a journey’s going to be hard. We want to know what happened and we like closure. Just consider sporting journeys and individuals or teams who’ve battled to win when the odds were against them. A well-crafted story embedded with a rallying cry means that you, as a storyteller, will find that audiences become your partners and want to be part of wherever the story goes next.

Keep it simple. Not every story you tell has to be a surprising, edge-of-your-seat epic, although excitement is good. Some of the most successful and memorable stories are straightforward.

Don’t let needless details detract from your core message. Work from the principle that less is more. One of the biggest mistakes is adding too much detail of the wrong kind. You’ll lose your way and lose the audience. Keep to the point, while providing just sufficient detail so that your audience can visualise a scene. Imagination will do the rest.

Good storytellers inject emotion into their stories. Two people can tell the same story with wildly different results. One captivates, while the other has listeners checking their watches. This can mean either one storyteller has gone off-piste. It’s like telling a joke: you don’t go on detours about what the chicken was doing for the last three weeks before it crossed the road unless it’s absolutely relevant. But the actual story material isn’t necessarily what separates a good story from a bad one. What makes the difference is the emotion the storyteller puts into the narrative.

Every story needs an emotional core, no matter the subject - and that emotional core is how the storyteller feels about the events being described. If audiences can see or feel that what you’re saying moved you or made you feel a certain way, then they will empathise - and empathy is crucial.

But be careful as audiences smell false emotion in a heartbeat. You have to be interested to be interesting. If you don’t care about your story, why should anyone else? Also, good storytellers know their narrative. If it seems that you don’t know your story, are reading it word for word or are overly hesitant, then they won’t believe you. Position the story so that everyone knows why you’re telling it.

Sometimes it makes sense to back up a bit and fill the listener in on some piece of background information that wouldn’t have made sense at the beginning of the story. Relate the beginning to something that the audience will understand instantly. While every story is different (although the majority are actually similar), most follow a pattern. You start with some background, then tell the listener the event that triggered the story. The action should rise throughout until it reaches a dramatic peak — a point of no return — also known as the climax.

You then drive from the climax to the final events. After that, you can briefly explain the consequences of the story (if you like, the ‘they lived happily ever after’ moment.) This is called the denouement and it’s the ‘will he/won’t he’ moment of the narrative. Whether the ending is pleasantly conclusive or deliberately unfinished, you will want the audience to nod, smile or cry and totally understand the point. As the writer, Philip Pullman said, “Thou shalt not, is soon forgotten, but once upon a time lasts forever.” 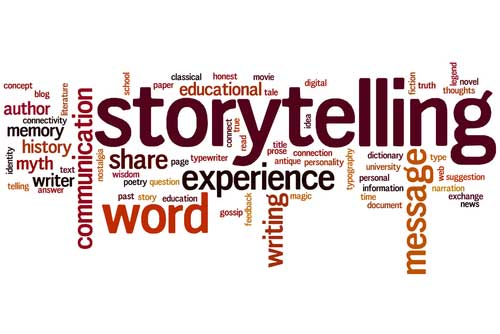 Our thanks to Simon Maier for this article.

If you found the article useful and would like to share it on social media, please select one of the social media buttons below. 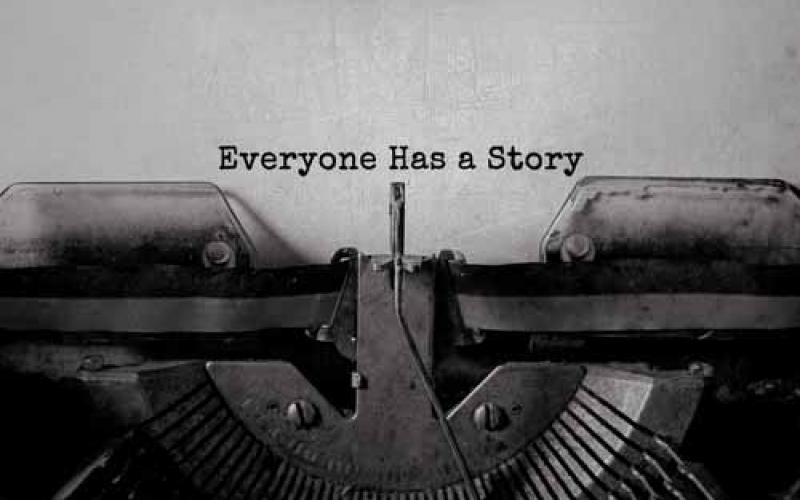 What makes a bad story? Is there such a thing? Well, yes there is. We’ve all seen or read stories that…