Posted by administrator
Published on 06 October 2019

Most people have, at one point in time or another had a truly awful line manager. Look on social media and check out what people write about their bosses.  ‘Bullying’, ‘rude’, ‘controlling’, ‘unprofessional’, ‘useless’, ‘stupid’, ‘nasty’ are some of the milder terms used.

Having an inept boss is not just a source of great annoyance (to put it mildly) for those affected, but it’s also detrimental to work, futures, home life and success. Many bodies of research find that management style is cited by the majority of employees questioned with stress-related absence as a cause, beaten only by workload. And stress-related absence and workload, in essence, of course, comes down to good or bad management.

Organisations often do not have not a clue as to how detrimental it can be to people’s wellbeing if managers aren’t equipped with the right level of skills, confidence and behaviour. That mix is hard to improve once someone’s entrenched in a particular set of behaviours and, unfortunately, many managers are stuck in that way – and can’t, or won’t, change. They need to understand that there’s much more to managing a team than just doing yearly appraisals, checking on projects and signing off expenses. A good manager must (should) be a team leader, a coach, a trainer, a mentor and sometimes just a listener.

For those managers who don’t possess the delicate balance of empathy, communication and leadership skills required, it’s not necessarily their fault. In some organisations, there is a growing gap between the expectations placed on line managers by those above and the amount invested in their development. Training people in management skills and the organisation’s policies and processes are important, but their behaviour and competencies are probably these days more critical. If they are pushed too hard operationally and, if managing teams comes low down the priority list, then they won’t be at peak and equally won’t manage their teams well.

Also, these days, management is sometimes seen as the fat that organisations can cut when times are tough. Obviously, there may be fat at any level in any organisation at any time, but organisations frequently cut back in the wrong parts and then fail because they don’t have proper management in strategic places.

The question then, is whether the mammoth investment in management and leadership training is any closer to helping any organisation to develop effective managers, or whether more drastic thinking is required.

When they’re effective (which, agreed, is not always), line managers play a key role in organisational success; not least, they provide the vital link between leaders of the organisation and employees. Miss that out or do that wrong and all sorts of negatives can develop and, worse, stick.

Part of the reason some line managers are ill-equipped for this aspect of their role is that some methods of management training, as well as the way organisations implement them, are simply not fit for purpose. They tick the box yes, but aren’t always the right thing in terms of content or application. Much is smoke and mirrors and little training is tested or checked as to whether it has been successful or not.  While development itself is a must (and much research has it that there is a direct link between better manager training and a reduction in employees’ intentions to leave) learning/training shouldn’t be seen as a one-off. It should be seen as an ongoing methodology.  Similarly, the all hands-on deck, all change approach is usually ill-thought through and is but a knee jerk reaction to something that’s gone wrong. Such initiatives a) are ill-planned in the first place and b) never last.

The other problem with anything that smacks of knee-jerk reaction is that it often kicks the wrong people or the wrong issue. It also tends to be applied when most recipients aren’t ready and don’t understand what’s going on. Worse, many organisations adopt a knee-jerk style to most problems including promoting people who equally aren’t ready for promotion.

The best managers are those who continually refresh their skill-sets and, with those, their mindset towards positivity. As, say, doctors need to update their skills as medical practice changes, so too should managers.

As well as training in more traditional areas, organisations are beginning to realise the importance of softer skills like emotional intelligence, communication and critical thinking. Many organisations are now recruiting for people skills, rather than just technical skills. The World Economic Forum’s 2018 report, The Future of Jobs, predicted that what they called ‘human’ skills (including emotional intelligence, leadership and social influence) will see an “outsized increase in demand” between now and 2022 as the need for more traditional people management capabilities declines.

The importance of these softer competencies may be increasing, but is it possible for those managers who lack natural empathy to learn them? People can be taught technical skills sure and they can go on training courses but, to hone soft skills, takes longer. It’s harder for some people to develop soft skills than others and therefore, for them, it will take longer. That requires organisational patience – something that’s often in short supply.

Those who are ear-marked for promotion into management need training way before they actually get the job. Many organisations now do this under fast track schemes and those seem to work well. Some organisations take this one step further. Realising that people skills are less common than technical expertise across their teams, a different management structure is employed more frequently now. Employees’ technical competency and emotional needs are separated and looked after by two different managers. That’s clever and simple because it means that different attributes are being developed separately but in a collegiate way. Both ‘different’ managers work close together. EQ and IQ are very different and technical capability adds a third wheel. Each can be taught separately, but within the same objective.

It’s also important to foster a psychological safety net among teams, so employees feel that they can be themselves and can be at ease raising any issues.

Some organisations often make difficult decisions not to hire some people as managers and, in a number of cases, roles have been deliberately left vacant for six months or more, because the organisation hasn’t been prepared to compromise on someone’s leadership style or what they know is needed in a manager. Some organisations are moving away from the traditional boss culture and instead positioning managers as supporters of their teams, offering support along with mentoring, opportunity, empowerment and accountability.

Of course, we mustn’t forget that managers’ relationships with their own managers or directors have a direct correlation with the happiness levels and turnover rates among any manager’s teams. Managers need the same support from their own manager as they would be expected to give their direct reports. If senior leaders aren’t role-modelling the right behaviour, then all the line manager training in the world isn’t going to combat that.

As well as support from above, perhaps the most important driver of all for any manager is feedback from his or her own team – which in turn fosters positive self-awareness. This way a manager will hopefully receive a review of his/her own style, strengths, weaknesses and impact on other people. That’s not easy because nobody wants to receive poor feedback from a direct report. Simply put though, if an organisation wants to predict whether a manager will do a good job or not, then what subordinates are saying is key. It can be painful but necessary. 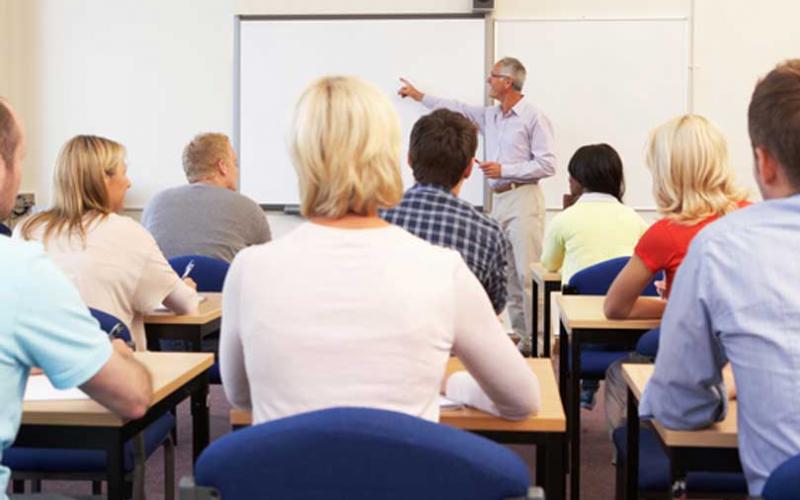 Here is a profile of where our students came from in 2019. 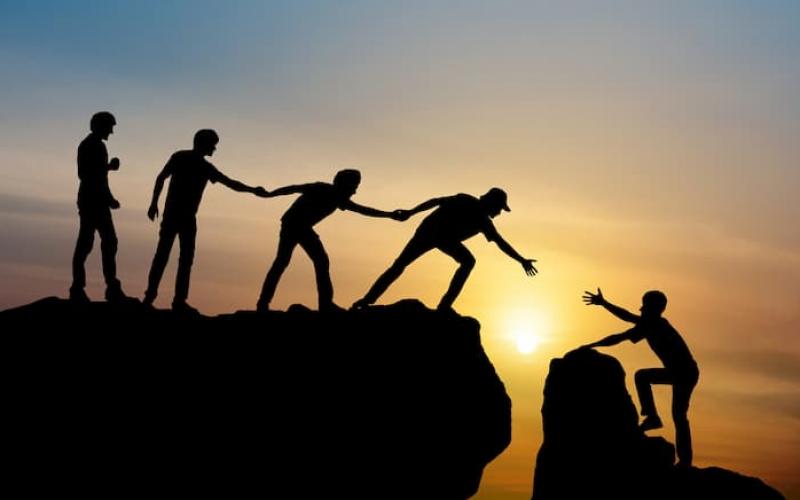