Posted by administrator
Published on 21 October 2019 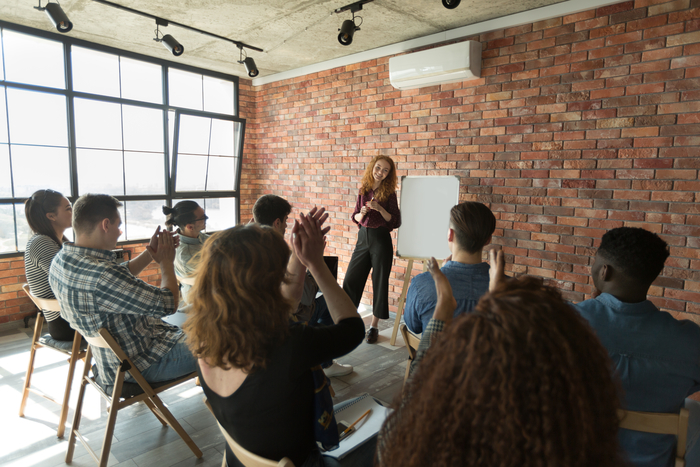 Corporate and political leaders globally wrestle daily with uncertainty. Some succeed without too much of a wrestle, but many don’t. The world of certainty which they navigated successfully to get to the top is now undermined by factors that were never envisaged.

A handful of visionary leaders and risk-takers have adapted well. They have shed the instinct of caution in order to thrive on change and risk. But these leaders are in the minority.  An overwhelming majority are struggling to navigate through the current torrent of uncertainty and confusion in the world – but why? Well, the skills and insights leaders now need to understand, embrace and then use are very different to what was needed when most began their careers. The conformity back then, seen as a career booster, is now becoming the emergency brake, stopping  growth, reputations and careers.

Many leaders are overwhelmed by the new pressures of the short-termism that is becoming so prevalent today everywhere.

Leaders must view the current pace of change as the equivalent of what happens in extreme circumstances, circumstances a 100% outside of their control. The speed and scale of negative disruption is destroying any assumptions of relative stability for which leaders are normally equipped.

This isn’t a scenario that’s necessarily going to get better quickly. Current issues relating to finance, politics, commerce, sustainability, competition, IT development and so on will not be resolved quickly and one way or another the big and subsidiary matters are affecting us all. It must be assumed therefore that there are many more holes in the road ahead for leadership and some of those holes are taking, and will take, wheels off.

Nation state conflict - and seemingly insoluble issues like Brexit - affect leadership thinking and actions. The potential impact of artificial intelligence and burgeoning technologies means that we’re only in the early days of major social and economic shifts. Also, the way that the world of work and life balance is being viewed has changed the modus operandi of many organisations. The instabilities in government and economies worldwide are causing delays, doubts and the inability to make proper decisions.

Many leaders conform to the status quo, to the way that their organisation always has been or the way in which their industry has always operated. This attempt at ‘safety’, at conformity, at short-term thinking, at ‘it’ll be alright on the night’ assumption - all these stop leaders from understanding and engaging with the scale of potential damage to their situation and organisation. Huge pressure from stakeholders, customers and the media mean that many leaders are stuck, dazzled by the oncoming headlights. And that’s not even taking account of the culture of blame and accusation that will inevitably rise as they always do when organisations struggle.

To come to terms with realities internally and externally requires bravery and the ability to take onboard some plain truths. Some equally plain decisions will need to be made too, not all of them popular. That necessitates excellent communications at all levels so that any decision or action is understood even if it’s painful. That of course doesn’t ease the path for leaders. With good communications comes good questions requiring good answers. With good campaigns to manage tough issues comes all sorts of internal barriers to successful actions. Leaders must scope their own ways of dealing with any barrier and any aspect of potential or necessary change all of which may occur suddenly, might have been forced upon them or might have been visible and evident from a long way back.

Essentially, the more that can be planned the better. While that’s blindingly obvious in the extreme, it flies against the fact that many leaders will simply ignore a situation in the hope that it’ll go away.

There is no ‘one size fits all’ solution to most problems or situations with which a leader is faced. The process of solution adaptation must become a core way through which a leader and his/her organisation think and work.  It’s about having open minds and the taking onboard of advice, again not always easy for some. Can the advice be trusted? Is the suggested advice workable? Will it be painful? What if it’s wrong? One has only to look at political leaders’ advisors to see how what they offer may be simply wrong, thin or just not terribly helpful. History shows a long list of advisors and ‘king makers’ in the world of business and politics were sometimes brilliant while others were useless and damaging. Leaders often find it hard to rid themselves of advisors. That requires courage.

Above all, leaders must have courage. For example, leaders in the UK are experiencing intense pressure as the country copes or tries to cope with Brexit and the accompanying political turmoil, social division, anger, distress and growing uncertainty. People on all sides of the debate are digging into entrenched positions and engaging in increasingly tribal behaviour none of which is helpful.

Leaders are aware that, for their organisations, a Brexit ‘no deal’ is a significant threat and this makes resilience in leadership an absolute key to surviving - and even flourishing - in a new and challenging environment. In this situation, there is a paucity of advice because nobody really has a clue as to the outcome.

In a moment of crisis or challenge, leaders must become fearless and recognise what’s coming at them rather than remain in denial or tempted to put the matter to one side.  Once the issue is accepted, they must then work out how they can deal with it, within parameters. Then they must search for hidden opportunities of which there may be many, some or none. Let’s remember that leaders get paid to lead and they get paid to grasp the nettle of fear and deal with it on behalf of those they lead.

It is human nature to fear change, but effective leaders have the flexibility to grasp not just the nettle, but the moment. It may be an opportunity for the organisation to thrive. Or to change totally and become a positive disruptive agent for change.

Emotional stability is a crucial leadership skill and even more so in difficult times.  Leaders need to strike the right balance between over-optimism and overt excitement at one end of the scale and pessimism or doom-laden prophesy at the other. Leaders who show insecurity and doubt can swing between optimism and pessimism and, in the process, lose confidence among employees - and other stakeholders.

Stress and change within and outside an organisation can also create loss of confidence all round and a negative culture which will undermine trust and performance. In such conditions, employees are highly likely to play the blame game and that’s when large numbers pretend to be or are victims, claim that the pressure is causing illness, develop bias where none existed before and treat everything as unfair. Blame eats people up and can spread like wildfire.

It goes without saying that tenacity and having the ability to dig in and survive adversity is important in leadership, but employees also need to see a leader as decent and human. The use of language is important – ensuring that nothing is said which can be regarded as acerbic.  Storytelling is helpful in presentations to illustrate how a leader has overcome past challenges and, importantly, revealing what was learned in the process. Leadership is built on communications, actions and trust; anything that can build a bucket of trust is going to make collaboration easier within the organisation and stronger in terms of facing whatever the world throws the leader’s way.