Posted by vince
Published on 20 December 2021

An introduction to Rhetoric

“If I could just find the right words…” Barack Obama

Barack Obama was thirty-four in 1995 when he wrote Dreams from My Father from which the above quote comes. It was written long before he became a household name. The book was modest in its ambition and published to soft reviews. In the book, he describes his memories of the month he had spent, as a schoolboy, with the father who had lived for most of his life on another continent. The main thing that struck the boy was the way his father talked: “Whenever he spoke ... his large hands outstretched to direct or deflect attention, his voice deep and sure, cajoling and laughing – I would see a sudden change take place in the family ... It was as if his presence had summoned the spirit of earlier times.” His father’s voice and words had a strong influence on the future president. This was the power of rhetoric.

Rhetoric is the motivational language a speaker uses to try to influence his or her audience. It’s the art of using words to persuade an audience. With the ability to apply rhetoric, what we say is remembered. The ebb and flow of fluent language along with the presentation and reiteration of messages in a vital, striking and memorable way are what make speeches and speakers remembered. We use this priceless skill or art too little. Rhetoric is indeed the art of effective or persuasive speaking - especially the attempt to change minds or to persuade. And, of course, that can be used for good and evil. How rhetoric is delivered must be comfortable on the ear and that too can take many forms – language and delivery can frighten, excite, motivate, amuse, entertain and inform in equal measure.

According to Plato, rhetoric is "the art of winning the soul by discourse." Rhetoric, he wrote, is "speech designed to persuade." Aristotle defined it this way: "the faculty of discovering in any particular case all of the available means of persuasion.” Ethos was the name given by Aristotle to that part of the rhetoric that establishes a speaker’s credibility or bona fides. In other words, is he or she someone to whom you should lend an ear? Is there value in what he or she says? Can you trust his or her reputation? Do you like him or her? Is he or she worthy of your time? The actual argument, the message, the appeal, the logic is what Aristotle called Logos. And Pathos was the name given by him for the manipulation of the audience’s emotions, part of the speech armoury often forgotten by speakers these days at all levels in politics and, particularly, in business. Manipulation doesn’t, of course, have to be negative. Think of the last speech (or in a play or movie) you heard when your emotions were manipulated.

Those who should be good at this are politicians and business leaders. But most are poor rhetoricians, clumsy in their language use, awkward and unclear in their answers or explanations. America has a great tradition in rhetoric as once did we in the UK. Until the eighteenth century, its study was one of the central disciplines in European universities alongside theology, natural and moral sciences as well as law. The history of the American republic is one that can be traced through its rhetoric: “Four score and seven years ago our fathers brought forth on this continent ...”, “We shall overcome”, “Ask not what you can do for your country ... ”, “I have a dream”. We can all recite one or two famous lines of American rhetoric. Similarly, we might know a couple of Churchill’s lines and we’ve perhaps heard extracts from speeches by the likes of Mahatma Gandhi, Steve Jobs, JFK, Hitler. Great speeches (for whatever purpose) are memorable as are the phrases and repetitions that populate them. And the fact is that with practice and rehearsal, more or less anyone can make a great rhetorical speech.

One of the reasons for great rhetoric (other than media profile) is the sheer quality of writing. America and some South-East Asian countries, for example, teach speech-making as a skill in school. We in the UK don’t, not really. Americans and other nationalities learn about the likes of Cicero – in whose time rhetoric, along with grammar and logic, formed one-third of anyone’s education. Same with Aristotle – whose treatise - Rhetoric - made plain the basics (the rules really) for the art of persuasion four hundred years before the birth of Christ.

Also, rhetoric is about sound, the music of the words and how they are spoken. Think of the steady thump of Churchill’s wartime invocation: “blood, toil, tears and sweat” or the perfect ‘music’ of the opening line of the main bit from the American Declaration of Independence: “We hold these truths to be self-evident.” It soothes the soul.

Truthfully, none of the basics of making a speech is hard. There are devices that were used because those devices make us and what we say sound better and more meaningful. And, much as is the case with any other skill, there are some guidelines that should be followed along with a huge wealth of ideas and examples that can be gathered from history’s greatest speakers and speeches.

For example, repetition, particularly in the form of anaphora (where a phrase is repeated at the beginning of successive lines) is one of the prime oratorical tools. And oratorical tools help make language easy on the ear and powerful on emotions. Obama’s speech at the Iowa caucus on January 3rd 2008 began: “They said this time would never come. They said our sights were set too high. They said this country was too divided, too disillusioned to ever come together around a common purpose.” If you know the devices and you begin to apply them to what you have to say, you’re well on the way to making a good speech, one to which people will want to listen.

Often a speaker can gain position and respect by locating him or herself in history. You can do that too. And it doesn’t have to be world history of course. The ‘history’ can relate to a modest project or initiative, to a relationship, to a marriage, to a business, to a country and to time. You could, for example, say, “This was the moment when…” or “Looking back, that was the time when…” Such use of the past tense gives us the odd sense of already looking back at the moment, of being in and out of time; as well as giving us, the listener, the sense that the decision has already been taken. It puts the speaker and his/her message right at the front of the audience’s mind and it allows the speaker to show the speech content to be huge.

We have mouthfuls of rolling news, texts, chunks of TV, acres of social media, websites, apps, sound-bites, immediate headlines. Maybe these are actually all we need, are sufficient. But there are times when the short pieces of information just don’t satisfy because they don’t offer the detail, the stories, the persuasion, the emotion, the passion, the charm or the argument that we really need.

Face-to-face. Small bits of text doesn’t offer ‘voice’, shades of light, of dark, of character, deep humour, shared wit, heartfelt persuasion or inflexion. They may influence and, if they do, not always sufficiently for even our impatient needs. Deep down (and, in parts of the world, not so deep down), we do genuinely thirst for the live event or its live transmission on television. We thirst for the back of the hair tingling moment when our emotions are aroused when we are made to believe in something. We often want the words that persuade, that encourage, that calm, that give us hope, offer change, alter minds, shape opinions, explain the present, shed the past and plan the future. Sometimes we want someone to echo or match our own aspirations, feelings, anger or, unfortunately, our fears. Rhetoric can do that. And, be of no doubt, as soon as people in your audience nod, as soon as they smile, as soon as they laugh, as soon as they applaud or cheer, they are in your world. Your job is to keep them there.

If you're looking to enhance your professional skill set or want to help an employee on the road to success, enrol on our 2-day Training The Trainer course. The course is ideal for new trainers coming into the industry as well as experienced trainers looking for opportunities to improve their CV and career prospects. Book a place on this 2-day course for just £795 + VAT 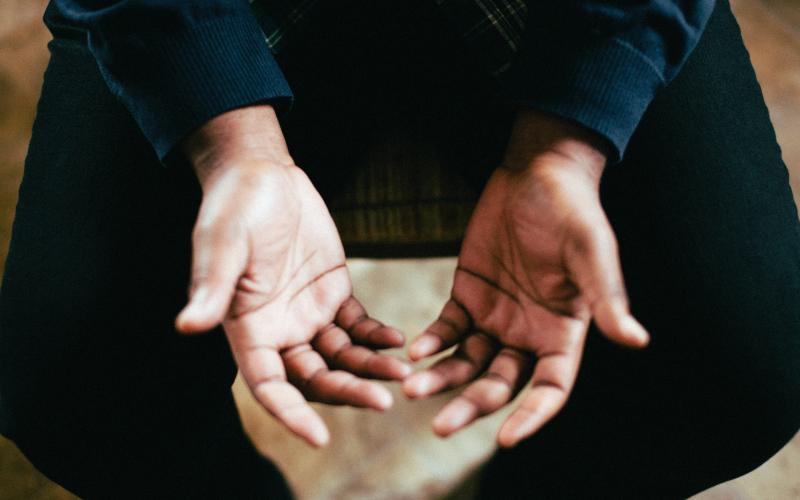 Question and answer sessions are the best way to reinforce your key messages from a presentation. Hearing…