Posted by vince
Published on 18 January 2019

“Good, thanks. And really good coaching. Just what I needed."

“So, ready for next week’s presentation?”

“So, come on then, tell me how’re you going to make those senior guys take notice of you? You’re up first aren’t you?”

“Yes, I am. I was worried, but now I reckon I’m OK. Today, I learned about a great new device – and it’s so simple. It’s all about repetition.”

“Well normally yes, you’d be right, but this is different. It’s called anaphora.”

“Ha, maybe. But it’s a phrase that is repeated at the beginning of successive sentences or sentence clauses. Obama used it a lot. I’ll show you. Let me check my notes. Here we are…Listen… Back in 2008, he started his speech at the Iowa caucus: “You know, they said this time would never come. They said our sights were set too high. They said this country was too divided, too disillusioned to ever come together around a common purpose.”

“OK, I get it. And it does reinforce a point – and emotionally too. Plus, it’s easy to listen to.”

“One of the best. The good thing is language like that is easy to listen to because it has a kind of musicality to it. Hey, here’s another thing. I learned about antitheses today as well.”

“Bless you. Need a tissue?’

“Very funny. Antithesis is a brilliant device for speeches. It’s the use of two contrasting words, phrases or sentences placed directly opposite one another. It uses the contrast principle to draw attention to something. When an opposite to what might be expected is given, it’s usually a surprise and makes the listener really think through an argument. We got some examples today. Yeah, here we are. The German writer Goethe said: "Love is an ideal thing, marriage a real thing." See? Contrasting to make a strong point. Memorable too. Here’s another comes from a speech given by Martin Luther King, "We must learn to live together as brothers or perish together as fools."

“OK – yes – see what you mean. They teach that kind of stuff where you do your course?"

“Not so much teach, but more like coaching. They give us ideas which make our own – to suit whatever we need. Barack Obama used antithesis to amazing effect. This is a good one. Listen: “If we’re going to make the investments we need, we also have to be willing to shed the spending that we don’t need.”

“It’s got you going this stuff hasn’t it Frank?”

“I like it. And it means that I can make my speech really strong without being dull.”

“Where is it you’re doing this course?”

I'm delighted to announce that the College of Public Speaking is back. We ran our first post-lockdown… 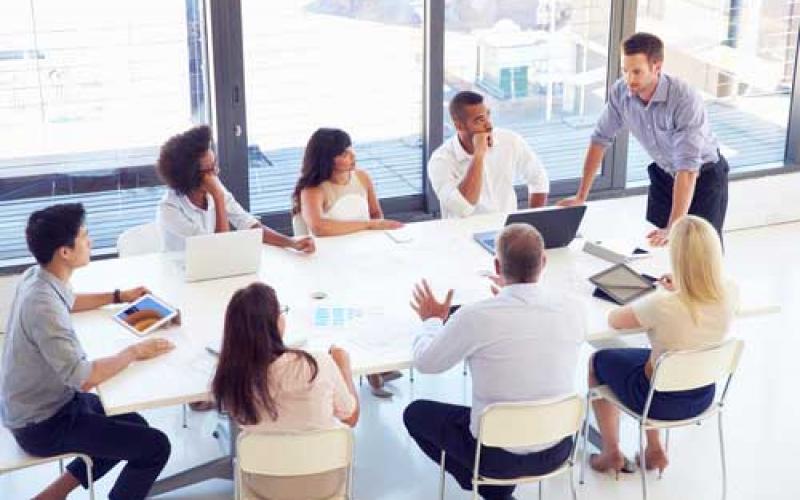 There are many complicated tools for analysing training needs. However, common sense and an idea of what…